Home The Eastern Region Gummer’s How 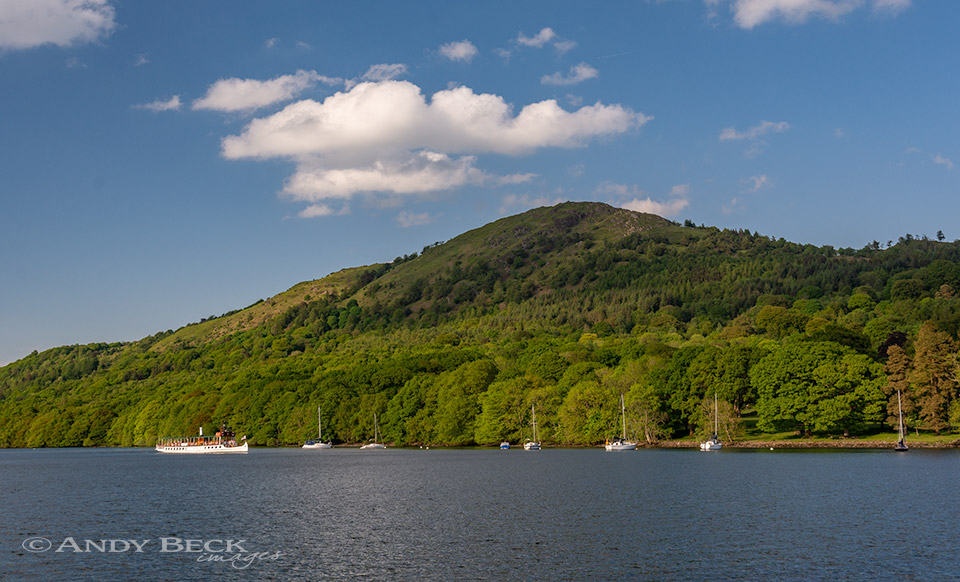 Summary: Located near the southern end of Windermere, Gummer’s How is fully featured in Wainwright’s Outlying Fells of Lakeland Book. However, when drawing up his original lists of fells for inclusion in his Pictorial Guides he did include this fell. Perhaps once he refined his boundaries for those books he could see that Gummer’s How was well out of the region covered by those guides and consequently it didn’t make the final 214. This is a simple fell for ascent with little effort being rewarded with outstanding views of the length of Windermere and beyond.

Topographical detail: The 1054′ height given by Wainwright was taken from the 1 inch O.S. and Bartholomew maps of the day, 1053′ 321m is the recognised height now. Summit GR: SD39044 88486 marked with trig column (in need of repair) on a platform of rock is the Wainwright summit. 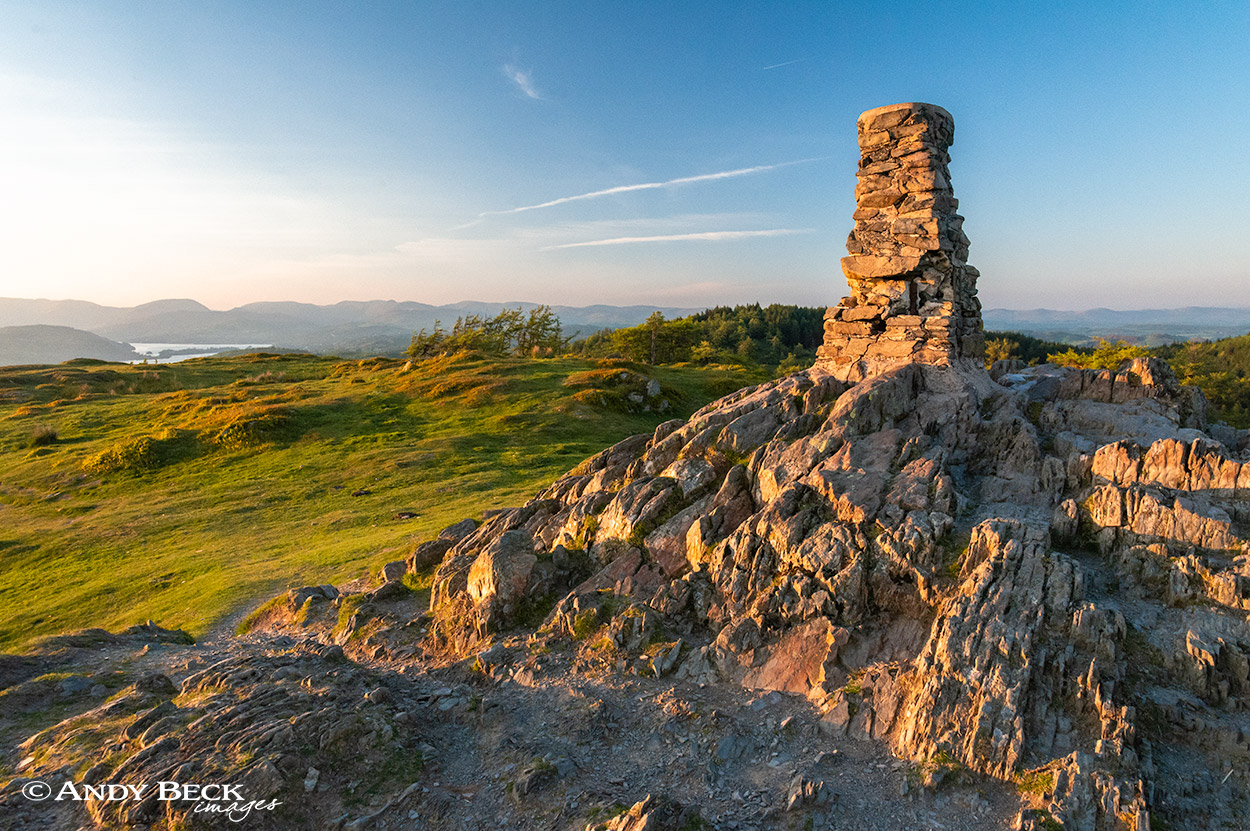 Points of interest: Impressive views to the north-west especially from the  point 200m north-west of the summit. The area of Gummer’s How is part of the Environment Stewardship Scheme and as a result the introduced herd of Luing cattle can often be seen wandering in the locality. Their methods of grazing help to improve the habitat for flowers and shrubs.

(1.5 / 5) Limited routes of ascent and lacking in Points of Interest Gummer’s How gets it’s 1.5 rating from me for its extensive views of Windermere and beyond.