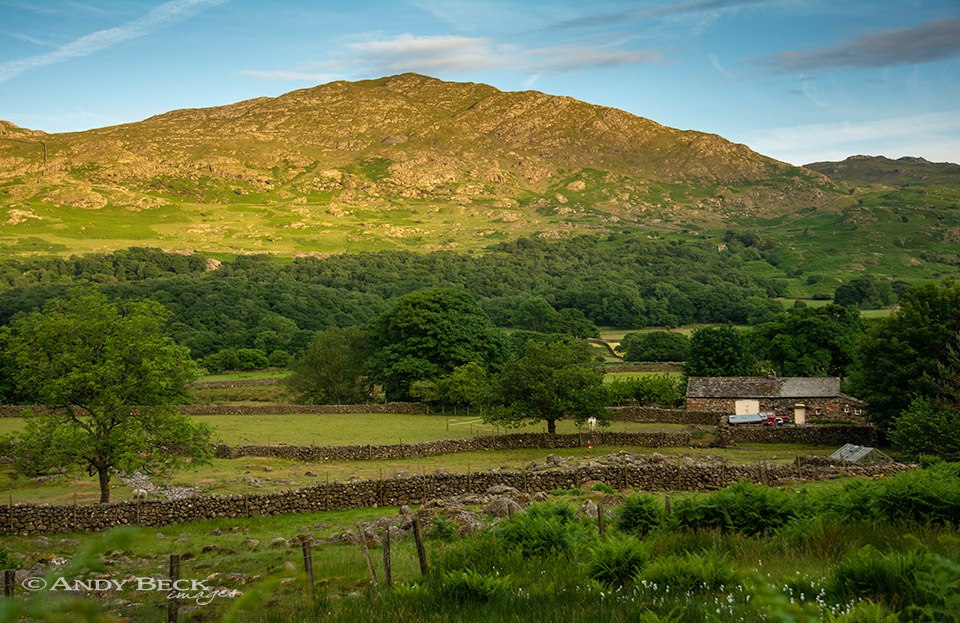 Summary: Caw is one of the Dunnerdale Fells and it forms part of the eastern wall of the Duddon valley and it was documented in the Outlying Fells of Lakeland book by Wainwright. It is easily reached from the small village of Seathwaite and is normally ascended from that point.

Topographical details: The1735′ summit height indicated by Wainwright has now been remeasured as 1736′ 529m GR: SD23043 94452 Wainwright summit marked by a trig column. 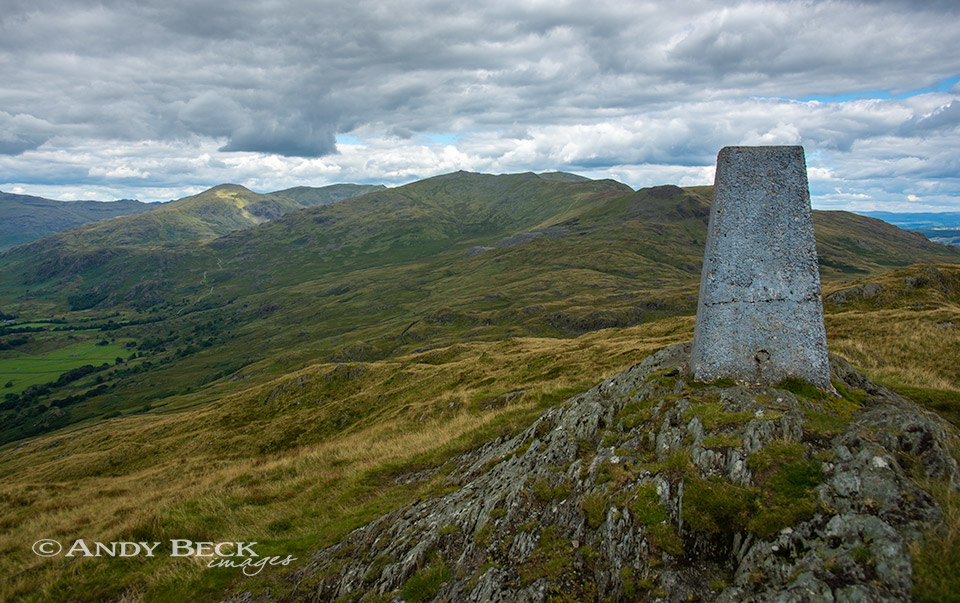 Points of interest: On the north-western slopes of the fell there is a small disused slate quarry with a hut and a level. The view from the summit is extensive in most directions, from the Scafell massif to the Duddon estuary. At least five named tarns/lakes are visible.

Tarns: Whilst there are no marked tarns on Caw there can often be found a small pool of water directly adjacent to the trig column on the summit.

Adjoining fells: Pikes and Green Pikes are close to hand and easily combined in one walk. Although not directly connected it is possible to walk on to Walna Scar via White Pike but the ground is rough and pathless.

(2 / 5) A shapely fell with extensive views from the summit. Interest comes from the old quarry workings and elevated track.