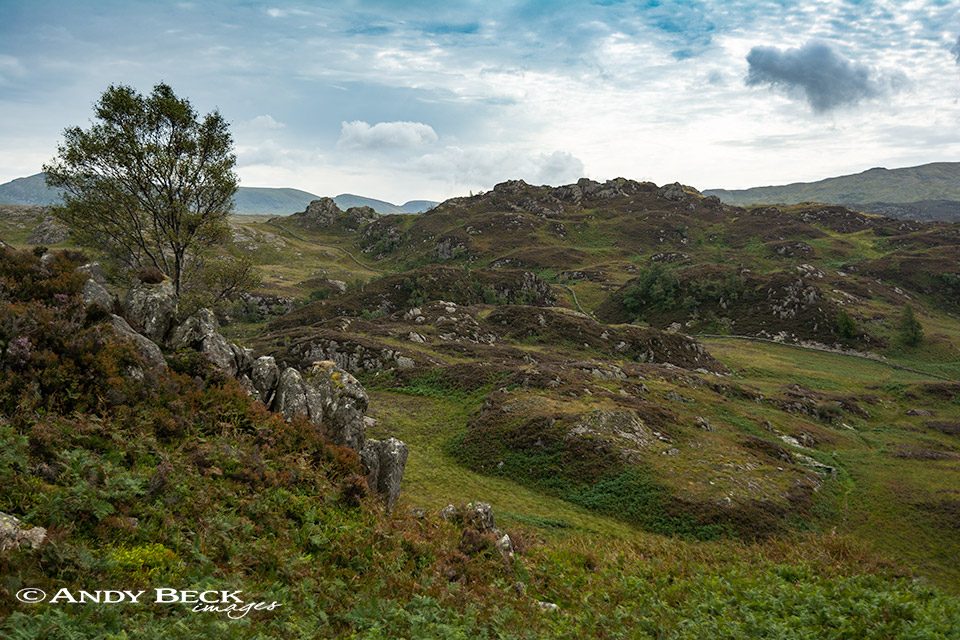 Summary: Grange Fell is the name given to the broad area of high ground that is bounded by Borrowdale to the west, the Watendlath valley to the east and the Rosthwaite/ Watendlath lane to the south. The fell has numerous tops, some of which are distinctive rocky peaks which could have made fell chapters in their own right but Wainwright in the Pictorial Guides opted to group them all as one under the name, Grange Fell. However, when compiling his original lists he named three of the tops as seperate fells, King’s How, Brund Fell and Brown Dodd as these three were marked on both the O.S. and Bartholomew 1 inch maps of the day. (Ether Knott was only named on the O.S. map and without a height possibly the reason that it wasn’t even considered). At that time the highest point of the whole fell was measured as 1363′ and this was the summit of Brund Fell so this was the high point described by AW in the Grange Fell chapter. It does get rather complicated with re-surveying since that time as Brund Fell is not the highest point of the whole hill (see topographical details below). The fell is covered with a mixture of woodland, heather and rock outcrops and due to it’s central location provides a wide aspect of views of many major fells which change depending on where you are on the fell. Ascents of the hill can be made from various locations such as Watendlath, Rosthwaite or the Grange area of Borrowdale. The climbs are not difficult but can be steep in places, the paths are generally good. Upper sections of the fell can be boggy in places.

Topographical details: The Wainwright summit 1363′ is at GR: NY 26412 16240 but there is a higher point measured as 1365′ 416m 70m to the north-east which is the summit according to other lists, neither have cairns of note. Those wishing to identify the Wainwright top should refer to the photograph below, this top has a rounded rock at the top (easy to sit on) and is located just to the south of the east/west path that crosses the summit area and if you look to the north from here you will see Derwentwater just to the right of a huge angular block of rock. The other (higher) top is much more pointed and would be uncomfortable to sit on, it is located to the north of the summit path and is close to Jopplety How. However, neither these two tops are the highest point of Grange Fell, that accolade goes to Ether Knott on the east ridge of the hill at 1378′ 420m which was unmeasured on the maps of Wainwright’s day. (Note that in the photograph below the rock is covered in a fresh scattering of ashes which will soon be washed away) 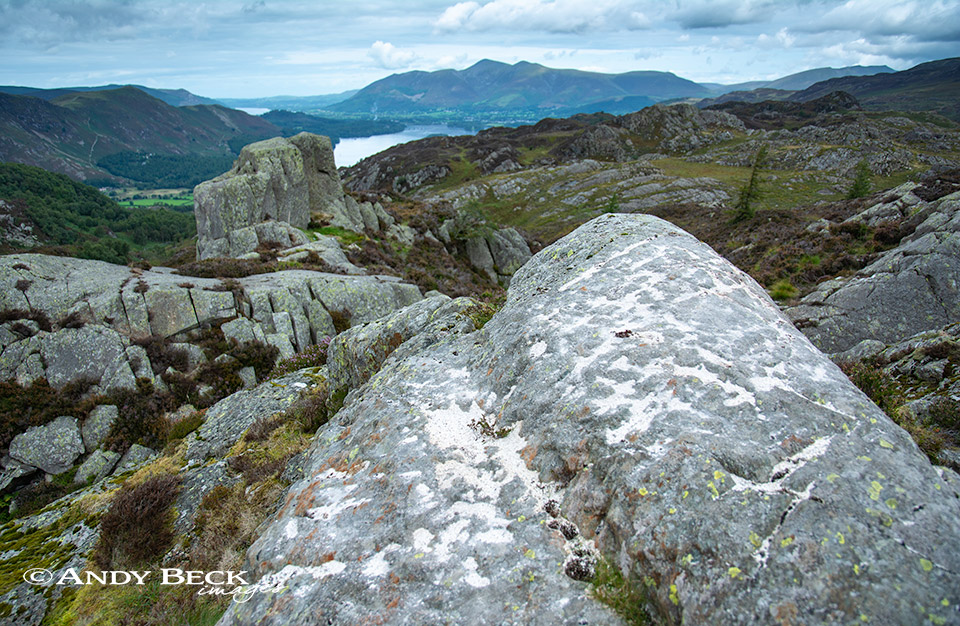 Points of interest: The various rock towers and blocks of the summit area are worth exploring. Two ruined sheepfolds adjacent to the path to King’s How are of interest. The hut (shelter) illustrated by AW on Grange Fell 4 is now a low ruin and off the beaten track. The views from the summit are good in nearly all directions with many fells identifable.

Adjoining fells: King’s How easily reashed to the west, Brown Dodd is at the northern end of the east ridge.

Nearest facilities: Car parking at Watendlath or at Rosthwaite village (pay and display). Caffle House Tearoom at Watendlath. Tearoom The Flock Inn at Rosthwaite, food, drinks and accomodation at The Scafell Hotel or The Royal Oak in Rosthwaite.

(2.1 / 5) The nearby King’s How gains a higher rating as it has more points of interest and better views.