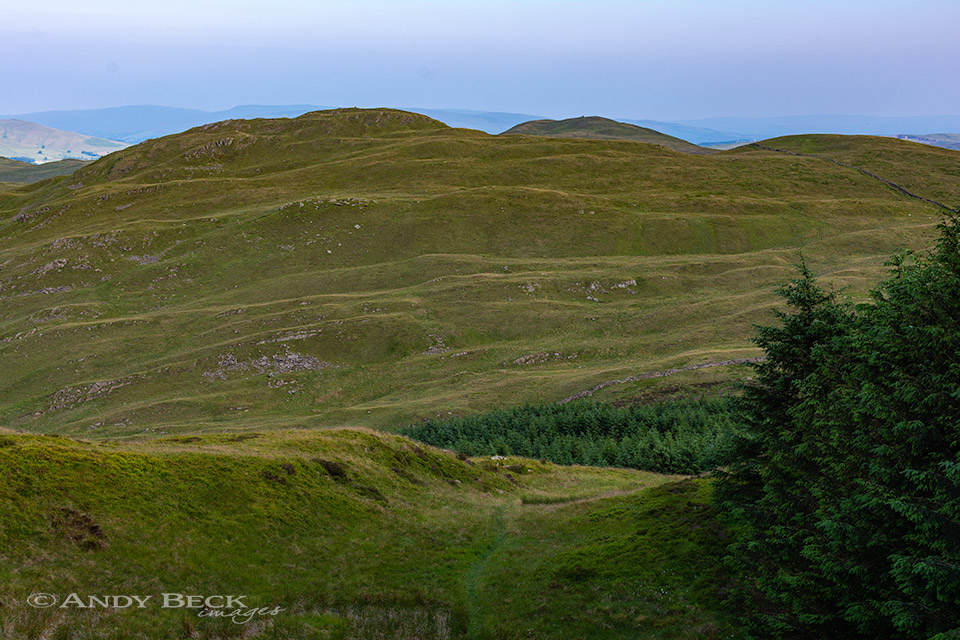 Summary: Sited near the middle of the Whinfell ridge Castle Fell featured in the Walks on the Howgill Fells book by Wainwright. It is mostly open undulating ground consisting of short rough grass and few, unfrequented paths. The summit area is split by a gully, not unlike Trusmadoor in the northern fells.

Topographical detail:  Wainwright estimated the height as 1540′ as his map showed no measured height on the area of the summit. Now the height has been recalculated as 1568′ 478m Summit GR: NY57007 01468 marked by a cairn (see below) which is the Wainwright summit. 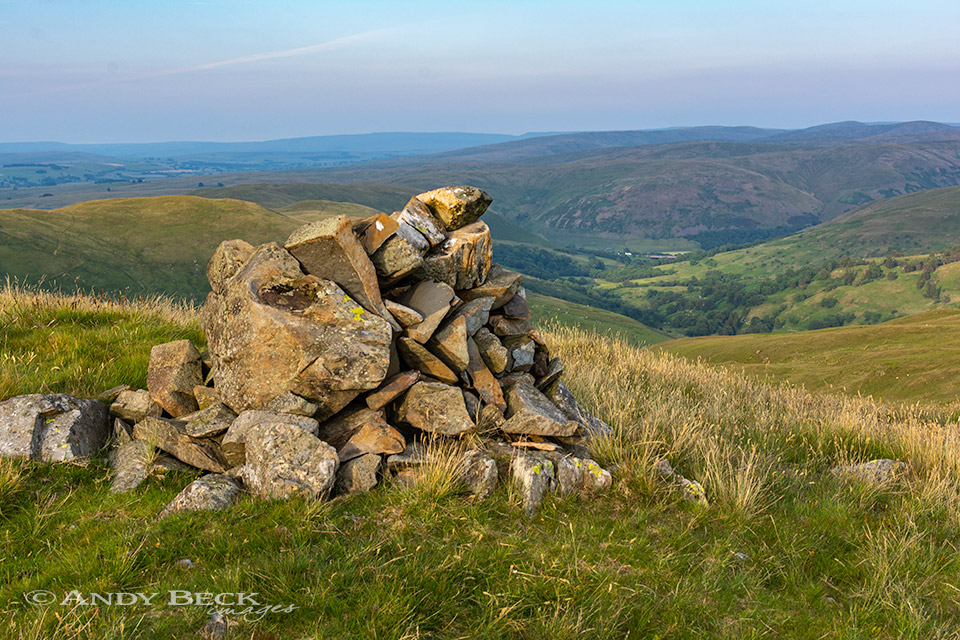 Points of interest: There are extensive views in most directions including the Howgill Fells to the east. The summit area with it’s gully is worthy of exploration, the summit cairn sits on a small ridge. 300m to the south-east and over the wall is a small rise named as Old High. Readers of the revised guide of the Howgills Fell book may have noticed an error by Chris Jesty. On page 2(2) he marks the height of Castle Fell as 1658′ even though on the previous page he leaves AW’s approximated height of 1540′ unchanged. This may be explained by two factors, firstly, the now recognised height of the fell is actually 1568′ but it appears that when adding this detail Chris got the figures transposed and wrote 1658′. There is no explanation why he did not adjust AW’s estimated height on the previous page.

Tarns: There is a small tarn (pool) at the northern end of the summit gully.

Adjoining fells: Mabbin Crag lies along the ridge to the north-west and Whinfell Beacon can be found to the south-east.

(1.5 / 5) Interesting summit area but limited options for ascent and few Points of Interest on the ground.