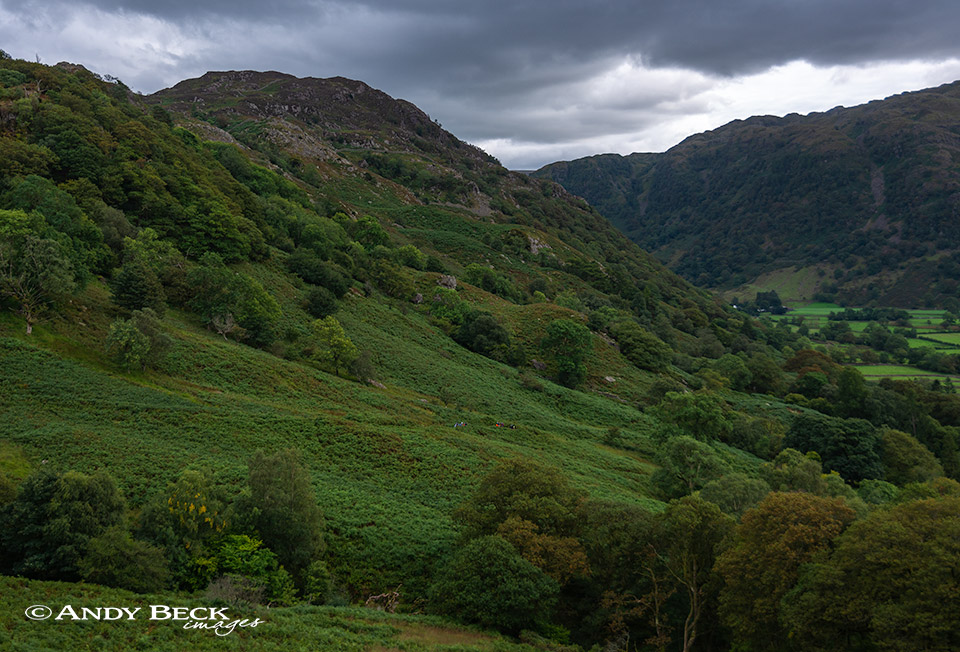 Summary: Knotts is a name and fell which will be unknown to many and in fact when I saw it on Wainwright’s first two lists with just the height of 1300′ as information I had to study the contemporary maps carefully to locate the hill. Eventually I found it just to the west of Great Crag in Borrowdale. Great Crag itself even though it is higher was not listed by AW at first but it did get its own chapter in the Pictorial Guides and this top, Knotts was discarded with only a cursory naming in the Great Crag chapter map. On the 1 inch maps that he referred to when compiling his lists Knotts was not only named but also had a 1250′ contour line close to the summit. Great Crag was only named on one of the maps and without a measured height. It can be deduced that once AW had visited the area he opted for Great Crag as a featured fell over Knotts as it has better views from the summit and is more centrally placed in this expanse of land between Grange Fell to the north and Ullscarf to the south. As with it’s neighbouring fell, Knotts is covered with heather and bracken with a good amount of gritty grey bedrock breaking up the undergrowth. The views from the summit are good in most directions except to the east where the higher top of Great Crag blocks the vista. The fell can be ascended from Stonethwaite by climbing the pitched path through the woods and up to the interesting walled beck of Willygrass Gill. Paths in the summit area are practically non-existent which is most likely down to the fact that the top is not on other major hill lists.

Topographical details: The Wainwright summit is accurately measured as 1318′ 402m at GR: NY26700 14371 and the rounded lichen covered bedrock of the very top is free from any form of cairn. 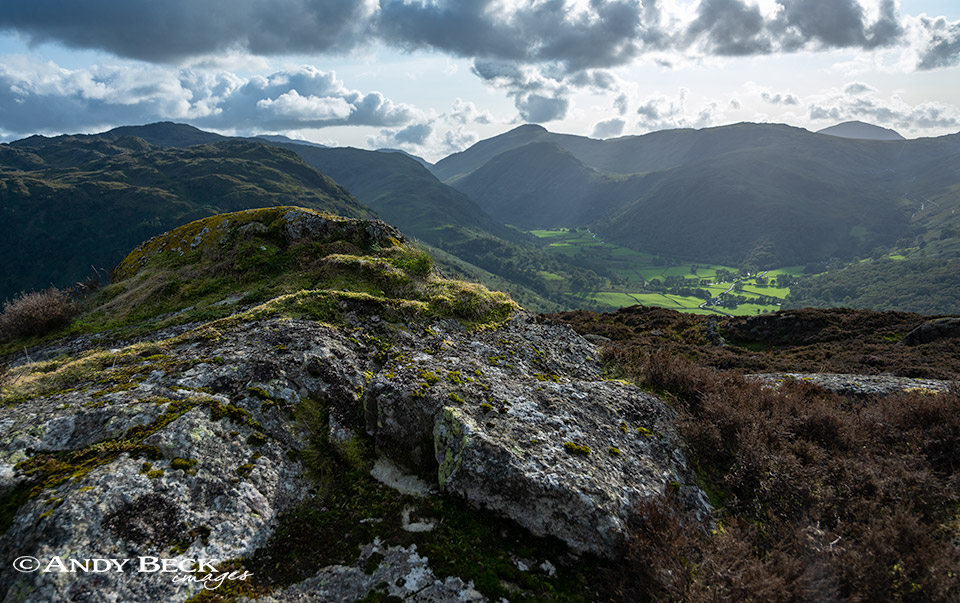 Points of interest: There is an interesting and photogenic ruin to the south of the summit area just after the path leaves the top of the wood, it provides a good foreground subject to Eagle Crag in the distance. The walled cascades of Willygrass Gill are unusual with the wall crossing from one side of the beck to the other halfway down the hillside.

Tarns: There is a pleasant small unnamed tarn in the col to the east of the summit

Waterfalls: small falls in Willygrass Gill in the woods.

Adjoining fells: Great Crag is just to the east.

(2.1 / 5) I give this a slightly higher rating than neighbouring Great Crag, although the views are restricted to the east in other directions they are just as good, the top is quiet and unfrequented which I class as a bonus. More points of interest than it’s neighbour.