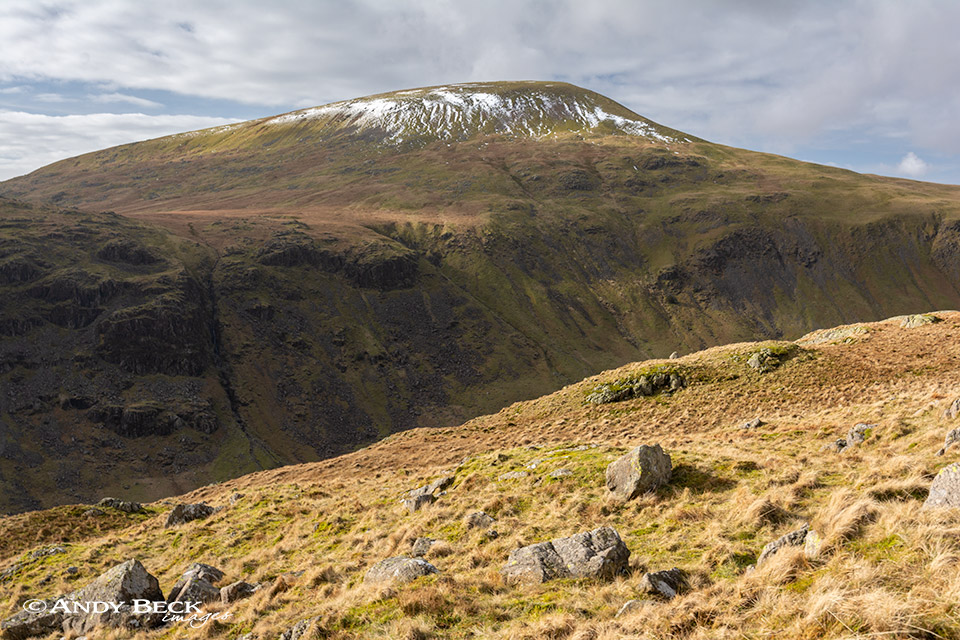 Summary: Seatallan is a fell which is located on an area known as Nether Wasdale Common. The terrain is made up of short tussocky grass with areas of wet ground in places. There is little in the way of naturally exposed rocks in the vicinity of the summit apart from an area of stone on the north-west slopes. Wainwright considered Seatallan for inclusion on his original lists and consequently it featured in his Western Fells book of the Pictorial Guide series. Paths to the summit come in from the north, east and south but due to Seatallans relatively remote location these paths are in good order. Views to the east from the summit are of the mountains of Wasdale Head round to the Coniston Fells, to the west can be seen the lower hills and beyond to the sea.

Topographical details: The height of 2266′ given by Wainwright was the measured height to the tumulus and this is the Wainwright summit but the trig column at GR: NY 13963 08402 is of a similar altitude. In fact the highest point is at a height of 2270′ 692m and that point is 55m north-east of the trig column, an unmarked spot 12m from a small cairn. 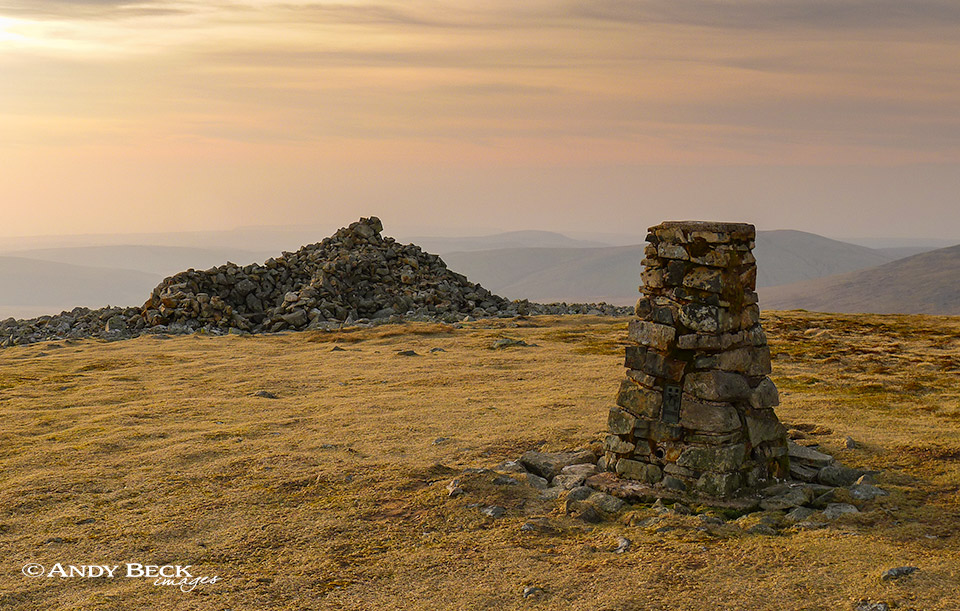 Points of interest: A few metres from the summit column is a large pile of stones which is marked on maps as a cairn or tumulus, this heap has now been reformed into a wind shelter. To the south there is a small old marker cairn at Cat Beilds. On the map are marked other named locations such as Tod Hole and Carling Stone, neither of these are anything to get over excited about. West of the summit is a small beck of Ill Gill, this shares the name with Illgill Head on the other side of Wastwater, how the names are connected is unknown.

Waterfalls: Marked on the map in Ill Gill

Adjoining fells: Haycock to the north and Buckbarrow to the south

(2.2 / 5) Seatallan does not call to be ascended, routes to the summit are not exciting. The views from the top are not overly inspiring. Other walkers are unlikely to be encountered on this remote hill. Peace and quiet away from the crowds can be classed as a bonus if that is what you are after.